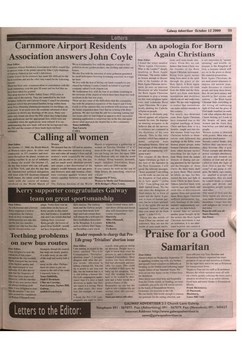 B o r n
is not interested in "money spinning" and wealth, its treasure is the Kingdom of God, a treasure which will not rot in the grave or decay like material possessions. Born Again Christians do not need power-structures to impose old narrow manmade doctrines or control people and keep them down, they do not need money and wealth to feel secure and content - the Bom Again Christian finds everything in the loving all embracing light of God and the glory of God made manifest on earth. I ask what religion did Jesus Christ belong to? Look to the hearts of men and women and the fruits they bear before you label and tag people. Western society is obsessed with power. Men who are given too much power become control freaks, they believe they can never err, they become like a god. Power corrupts and absolute power corrupts absolutely. All men and women are children of God and all are called to seek the light of God; God is D O ! the "real estate" of any group or reli gion; the labels, tags, names, etc. applied to people are meaningless, they are used by control freaks to control people and divide and manipulate people against each other. The word of God and the Holy Spirit are above all man-made institutions and doctrines. I hope that this will enlighten the writer of that letter Peace be with you all Yours Sincerely, Jim Power

Teething problems on n e w bus routes
Dear Editor, I was delighted to note the extension of bus routes throughout the city recently. Public transport has not been of the highest quality and any improvement is very welcome. It is also nice to note that the frequency of buses has been improved. However, with the introduc tion of any new service there are always teeUiing prob lems. I was delighted to note that the number 5 bus now goes around the roundabout on Bishop O'Donnell road. Strangely though the nearest bus stops are nearly quarter of a mile away on one side of the road and nearly half a mile away on die other. Perhaps there are plans to put one closer to die end of the route. 1 sincerely hope so. Yours faithfully, Niall O'Brolchain 2 Bar na Carraige, Fort Lorenzo, Taylors Hill, Gahvay.
niallob@esatclear.ie

Reader responds to charge that ProLife group 'Trivialises' abortion issue
Dear Editor, I am writing in regard to the letter entitled "Pro-Life Campaigners 'Trivialise' abortion issue". I strongly disagree with what this per son wrote. Abortion is killing a human life. You can try to justify it any way you like, but the bonom line is. it is still killing a human life. Pro-Life campaigners under stand that it's also a hard decision to make but they also know it is wrong. There are other ways, like adop tion, for example, or foster ing. I think the Pro-Life camexactly what goes on during an abortion. People have a right to know how cruel the process is. and it should be stopped everywhere. Most women who have abortions feel bad afterwards and pos sibly for years. This could be avoided if they gave the baby up for adoption. That way the woman doesn't have to be scarred by abor tion and a baby would be a given a chance of life. Remember: no one has the right to take a human life, no matter what the circum stances.
N a m e and a d d r e * with rdknr.

Dear Editor, About 6.45pm on Wednesday September 27 in appalling weather, my wife, my brother, and myself found ourselves in difficulty at Oranbeg on the Dublin road following major

in the hands of Roundabout Motors, Oranmore, for recovery to the UK. We can hardly find words enough to express our gratitude for the caring, cheerful, and

most efficient way Tom Sheridan and Roundabout Motors organised the trans portation of our car and ourselves to Dublin for the night ferry and to be met at Holyhead for transposition home. Thanks to Tom and his staff at Roundabout Motors, the whole operation went off with out a hitch, greatly reducing the stress such a situation involved for us as senior citizens. Good luck and many thanks to Roundabout Motors. Frank McAreavey, 32 Pinewood, Blackburn, I a m s |
L tes t t e Editor: er oh