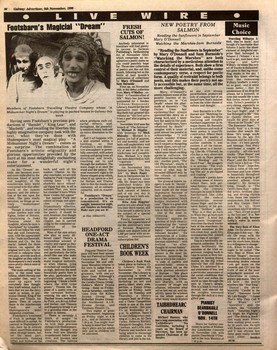 TAIBHDHEARC CHAIRMAN
Michael Hannon, who has a long association with Talbhdhearc Na G a i l l l m h e , including 4 years on the Board of Directors, has been ap pointed Chairman of the