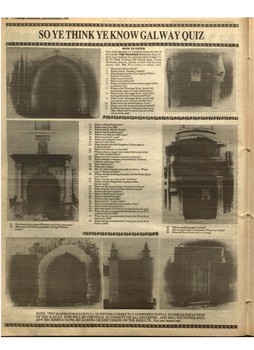 NOTE: TWO MARKS FOR EACH FULL QUESTION CORRECTLY ANSWERED IN FULL TO THE SATISFACTION OF THE JUDGES, WHO WILL BE THE FINAL AUTHORITY ON ALL DECISIONS, AND WILL NOT ENTER INTO ANY RECRIMINATIONS, BICKERING OR DISCUSSION ON THE RESULTS.. .Eat yeer hearts outV
K 1 N 1 U